The Westminster Group Foundation and Oxford United Football Club partnered together in February to provide one school in Sierra Leone with 15 OUFC football shirts and prepared a quiz for local schools to compete in for the shirts.

17 entries were received from 4 different schools, and the winner came from Bullom Ahmadiyya, Muslim Junior Secondary School in the Masoila area of Lungi.

Oxford United Football Club were made aware of the winner and included the story in their match programme on the 29th of February. Due to the COVID-19 pandemic, we were only recently able to send the programme to Sierra Leone.

When it did arrive in November, Neil Fowler, the Aviation Security Manager at Westminster Aviation Security Services, presented the programme to the school alongside the headmaster, Umar P Bangura, during their morning outdoor assembly.

Mr Bangura thanked both Westminster and Oxford United on behalf of the school for the quiz, the football shirts and now the inclusion in the match programme. The children were visibly excited by the inclusion, as they all cheered when the programme was handed over.

Westminster have had a presence in Sierra Leone since 2012 and will continue to provide support in whatever way they can throughout this pandemic and beyond. 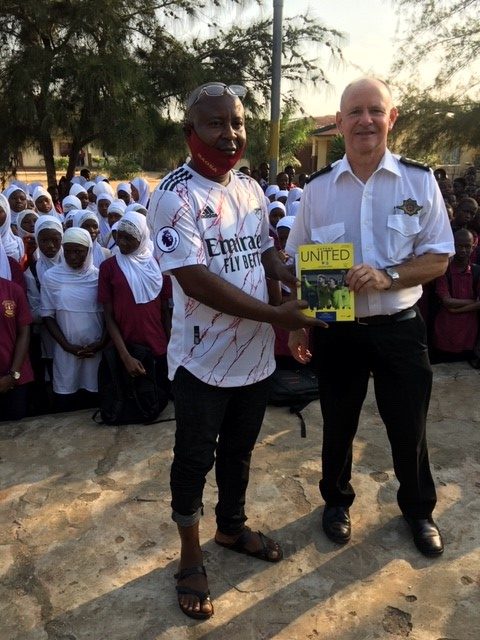 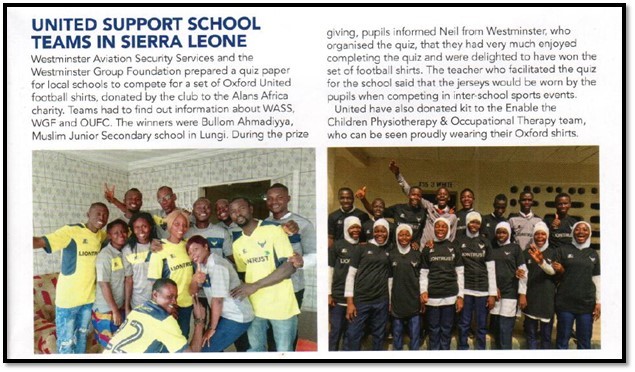