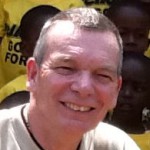 Alan,  married with a daughter, originally started his working career as a sports teacher, he later retrained and specialised in human resources and health & safety for a number of years. Latterly he managed his own textile retail business.

Alan started his involvement with charity work at an early age and continued this through school, college,  teaching years and beyond.  In 1982 he joined Banbury Cross Round Table, where he subsequently held many positions including Chairman and was made a Life Honorary Member in 2005 for service to Round Table. He has also served as a member of a medical support charity at the John Radcliffe Hospital, Oxford for ten years, being their chairman for seven years.

In 2004, Alan joined the Rotary Club of Banbury, an international service organisation. In 2005 he visited Sierra Leone as volunteer with the Rotary Mission Challenge team to build a hospital. He  subsequently visited the country on nine occasions and has raised funds for the building and development of four schools and other much needed resources to these communities.

In 2009 he was made a Rotary Paul Harris Fellow, this is the highest award given by Rotary Clubs for Rotarian’s and members of the public for exceptional sustained community service.  In 2013 Alan was presented with the Rotary International “Service Above Self ” award, one of only 150 awarded worldwide that year. He became a Trustee of Goodwill & Growth for Africa UK in 2008. Since his first visit to Sierra Leone he has raised in excess of £211,000 for projects in the country.

Alan will receive a Rotary  “Champions of Change award”  (one of only 12 awarded annually), with other Rotarian’s from across the country, at a ceremony hosted by the Lord Mayor of Cardiff in Cardiff City Hall in May 2018.

Denis Spiller, President of Rotary International in Great Britain & Ireland, commented:-
“The selfless and truly life-changing impact of our champions really demonstrate that we can all make a difference. Alan’s work in Freetown has given the communities a new lease of life. He is a very worthy recipient of a Rotary Champions of Change award.”

Alan is a founding Trustee of the Westminster Group Foundation. 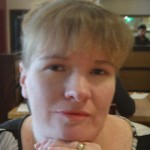 Heidi has worked for the Westminster Group Plc since 1998 as the Group HR Manager.

She is married with 3 children and is Chair of the Parent Staff & Friends Association of her children’s school as well as a member of the Schools Charity Ball Committee. She is a member of the local Parish Church Council and a Sunday school teacher. Over the last 20 years she has been involved with many charity committees and organisations. 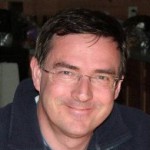 Peter is married with 2 grown up daughters. One a scientist and the other an artist, which makes for interesting conversations and helps him keep a balanced view on what is needed to make and maintain healthy communities.

Over the years Peter has been a trustee and chairman of a pre-school, a junior school parent governor and a trustee of a large independent church. He is currently an active member of his local playing field association and is a board member of Cherwell Community Land Trust, a charity that provides affordable housing and provides training and new skills for people wishing to build their own homes. He is also involved with a community outreach project in Banbury called the ‘Hill’ that is offering social and educational opportunities to young people.

To keep himself occupied with the rest of his time, Peter is Managing Director of a company focused on delivering practical disruptive business solutions that reduce energy use and environmental damage. He is passionate about finding and introducing improved ways of thinking and working that provide benefits for the whole of our global community.

Peter joined as a founding Trustee of the Westminster Group Foundation in 2014.