Through staff donations and Westminster Group Foundation matching this we were able to deliver a cheque for £200 to Katharine House, to add to their campaign.  Westminster Group plc have supported Katharine House Hospice with various fundraising activities over the years including Fireworks displays, raffles, Christmas Card collections and we were very pleased to have the opportunity to do so again.

Thank you to all who came and to those who prepared the coffee morning. 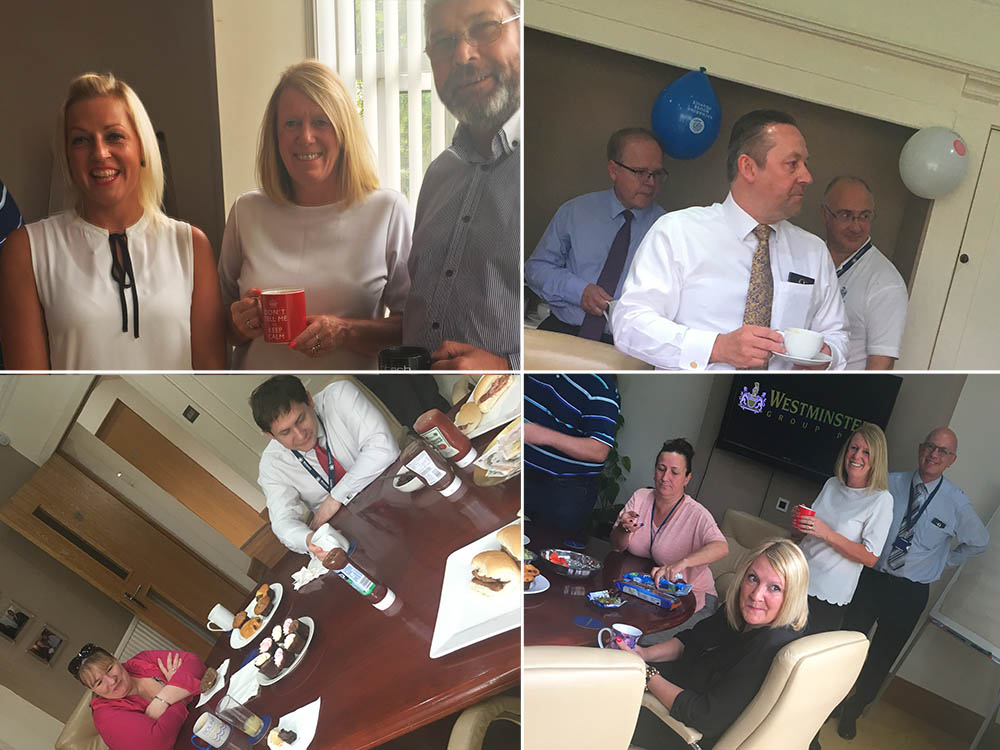 We are please to announce that a shipment of computer equipment and clothing is on it’s way to Sierra Leone.

Computer equipment was donated by Allseas Global Logistics on behalf of the Light of Love foundation. This will be sent to the Marc Bolan School Of Music And Film, Makeni, Sierra Leone.

Clothing was donated by Westminster Staff and Staff & Pupils at Sibford school. 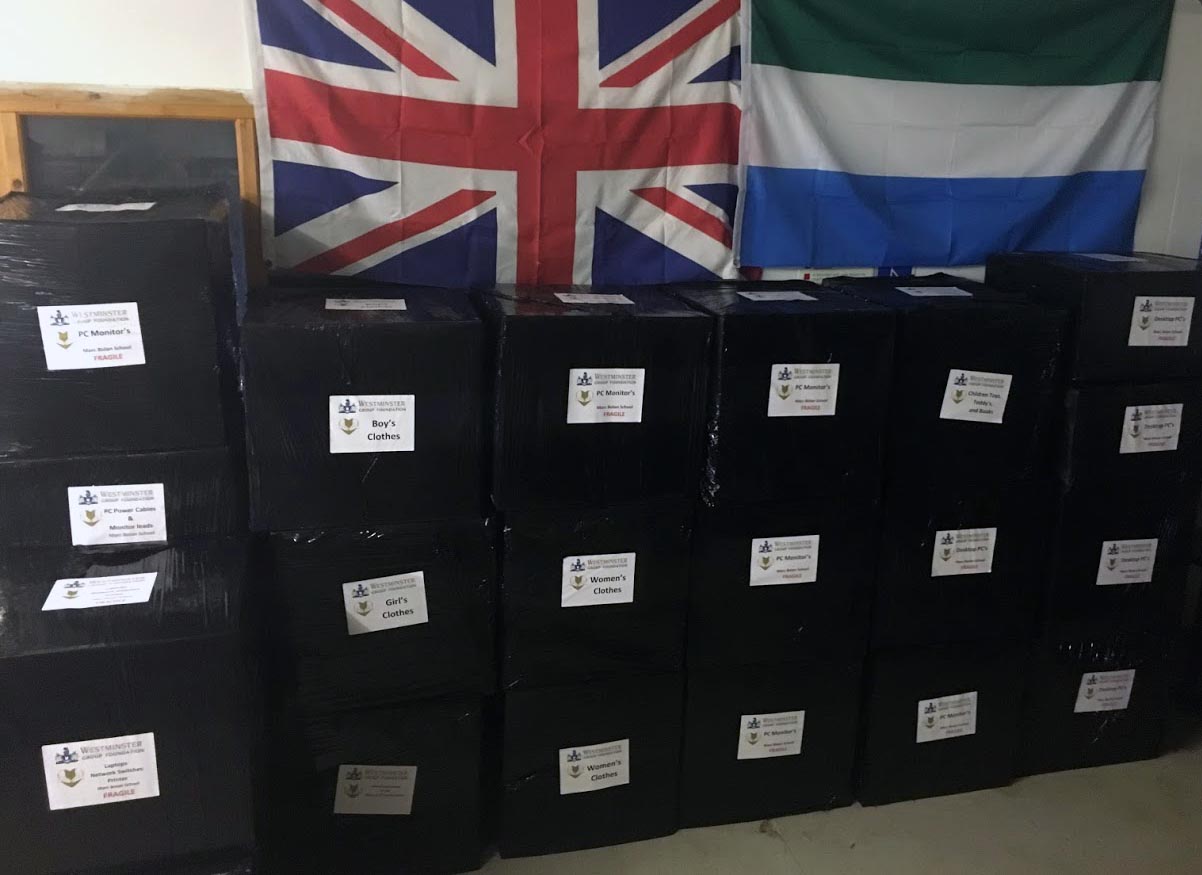 Many thanks to all those that have made contributions. They are very much appreciated by the foundation and those who will be helped. 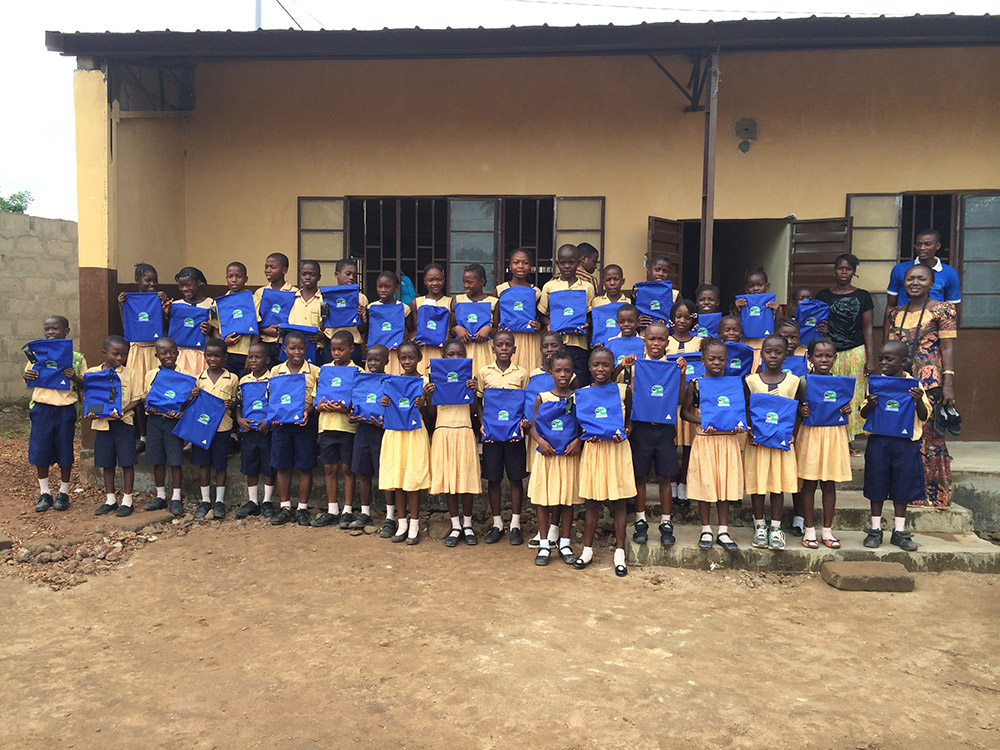 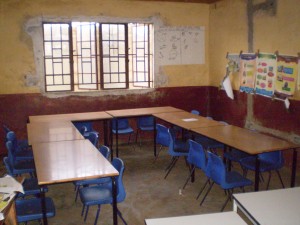 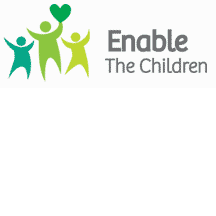 I am writing to you to show my great appreciation to the Westminster Group Foundation for shipping out therapy equipment for our disabled children for us. We were so happy to receive the leg gaiters, stability boots, assessment table, positioning bag and the mobility trolley, which would have been impossible to get out here without your help.

Enable the Children is on an exciting journey as we have recently been taken over by World Hope International. We are hoping that we might be able to continue to expand our team and our work to improve the quality of lives of over 400 disabled children in Freetown.

Once again, many thanks for helping us in our work.

Thanks to the generous donations to our recent Ebola appeal we have been able to make a good start in helping the local community in Sierra Leone as they begin to recover from the effects of the Ebola outbreak. This was continued with the shipping of the latest container of humanitarian aid supplies to the region.

The container was packed with filled boxes containing clothes, shoes, educational supplies, school uniforms, school equipment, toys etc This will help families who have been unable to earn a living during the crisis or children unfortunately orphaned as a result.

The container has just arrived in Sierra Leone and should be unpacked in the next couple of weeks.

The school supplies are particularly timely as schools have just started to go back following several months closure during the Ebola Crisis. Many children are now back in school but some parents have struggled to pay the small school fees to be able to send their children back, having been unable to work during the crisis. School fees are typically only around £10 a term per child, but what may seem a relatively small sum to us, it’s the price of a cinema ticket or 3 cups of coffee!, will be hard for some families to find. Education is more important than ever for these children, and should anyone wish to donate towards this they can do so through the website or by contacting us directly. Many thanks to all those who have supported our appeal so far, your contributions, both financial and in goods, are very much appreciated by us and those who will be helped. 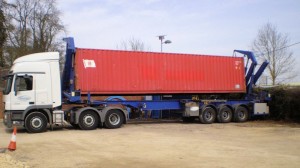 Nigel Bostock, a RAF Policeman NCO, currently working at Freetown International Airport in support of the Department for International Development-led effort to combat the spread of Ebola, has undertaken a solo half marathon, running 13 miles around the airfield to raise funds for the Foundations work in the local area. Local Westminster staff were on hand to provide support to Nigel. Donations are still coming in but to date several hundred pounds have been raised by Nigel, with donations coming from the local community at the Airport, colleagues, family and friends of Nigel’s including his local church. It’s not too late to support Nigel’s run and should anyone wish to donate they can do so through the Foundations Donation page. Well done and many thanks to Nigel. 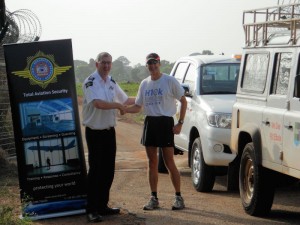 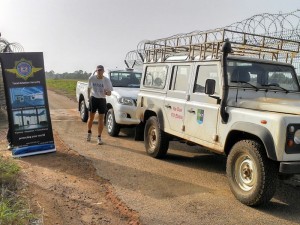 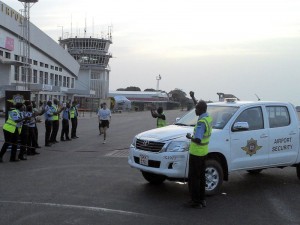 At the recent BIRA Conference our Trustee Alan Wolstencroft, the owner of Fashion Fabrics in Banbury, was awarded the Charitable Champion Award, at the Gala Dinner, for his outstanding work in Sierra Leone.

Delegates were informed that during the past year, although Alan had not visited Sierra Leone because of the e-bola crisis, he had continued fundraising for the development at 3 schools that he supports including providing subsistence allowances for the teaching staff.

Alan was presented with a certificate, a plaque and a bottle of champagne and a cheque for £1,000 towards his ongoing projects.

Alan acknowledged the support that he receives from his family, his staff, customers and suppliers, BIRA members, Westminster Group PLC, Goodwill & Growth for Africa UK Banbury Rotary Club and dozens of organisations and hundreds of individuals.

Alan explained that he is returning to Sierra Leone at the start of June and some of the money may well be used to pay school fees (£10 per term) for children whose families cannot afford to pay the fees due to the increased cost of living caused by the e-bola situation.

Alan explained that every £ goes directly to the projects and that the money will help him to continue to “make a real difference” in Sierra Leone. 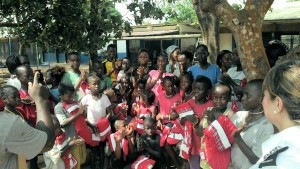 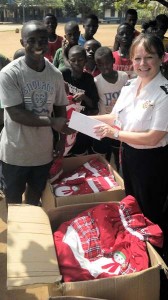 Shortly before Christmas we were able to deliver some Christmas Stockings to the children at Don Bosco Orphanage, along with a donation to the Orphanage to enable them to buy some gifts for the children. The Orphanage was set up following the impact of the Ebola crisis to accommodate children who had lost their parents to Ebola and is housed in a former school. Karen Young and John Drummond from Westminster Aviation Security Services Ltd, visited the Orphanage and met the children and their carers to hand over the donations.